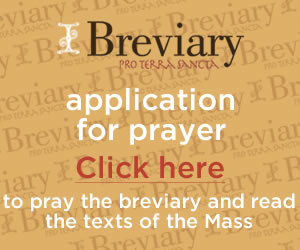 CYCLISTS FROM DIFFERENT ECOWAS COUNTRIES GETTING SET AT THE INAUGURATION OF 3RD ECOWAS INTERNATIONAL CYCLING TOUR STARTING FROM THE MAIN BOWL OF NATIONAL STADIUM SURULERE, LAGOS, TO COTONOU, REPUBLIC OF BENIN EN ROUTE TOGO TO COTE D'VOIRE ON WEDNESDAY (13/11/13) IN LAGOS.

No fewer than 90 cyclists from the 15-member ECOWAS will take part in the West African sub-regional cycling carnival - the third ECOWAS Cycling Tour - from Lagos to Abidjan, according to a PANA Correspondent here. 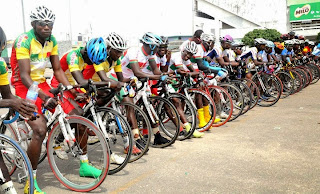 The cyclists, who will compete for honours from 13-17 November, will be accompanied by a caravan as they once again cut across five countries to achieve not only sporting excellence, but also seek to promote integration. 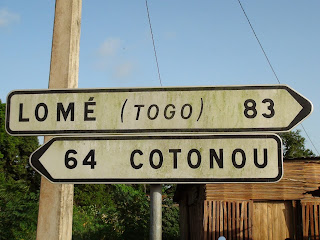 The race, which as in previous editions, thrilled citizens of the region lining the route, would cover 450 kilometres across a terrain that has challenging conditions, including bad roads, scorching heat and strong winds.

As in previous editions, the race will be flagged off from the National Stadium, Lagos, Nigeria, and go over four stages -- the Lagos-Cotonou; Ouidah-Lome; Accra-Cape Coast and Aboisso-Abidjan routes.

It will have the trappings of fun, cultural mix which promises limitless enjoyment for those en-route the race. 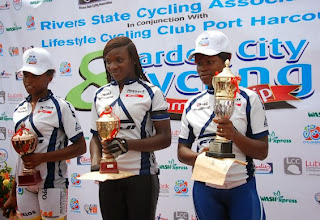 The riders are usually a sight to behold in their colourful riding gears and the accomplishments of the young riders, out to win laurels for their countries. There will be three motorised transfers.

Francis Njoaguani, the Director, ECOWAS Youth and Sports Development Centre, based in Ouagadougou, Burkina Faso, said each of the 15-member nations would field a team of six cyclists and five officials. 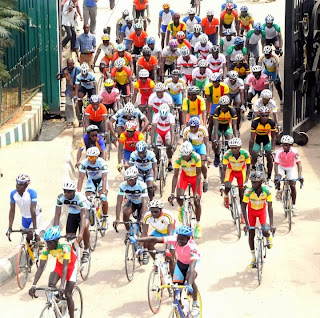 According to him, provisions have been made for cash prizes and trophies for winners at the various stages of the race as well as the overall tour winner and team standing.

There will also be prizes for sprints and the best young cyclist. 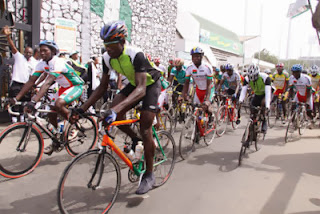 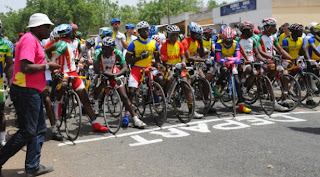 Njoaguani explained that the race was initiated by the ECOWAS Heads of State and Government to further the ECOWAS ideals of regional integration, while promoting sporting excellence.

He added that it was also an exercise aimed at giving practical expression to the free movement of persons across the borders. 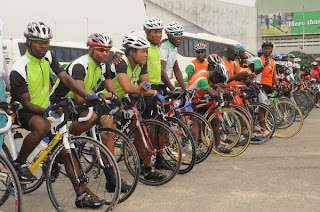 The director said the new ECOWAS vision 20:20 would aim at transforming the sub-region from an ``ECOWAS of states to an ECOWAS of people'.

``The borders as they exist today were creations of the then colonial administrations, mainly by the French and the English, for their economic gains at the time,’’ he said. 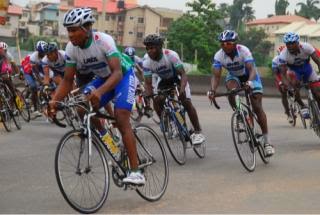 Mohammed Sahoon, the President of Ghana Cycling Federation, said the event was a reminder that ``we in the ECOWAS no longer require barriers to free movement of people, goods and services.' 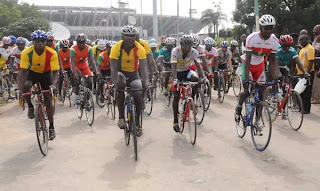 Sunnie Ugoh, the Director, ECOWAS Communications, re-echoed similar sentiments, saying that the race was essentially aimed at capturing the vision of the ideals of the peoples of the ECOWAS sub-region.

``It is about rallying the citizen of the community together to compete in an atmosphere of conviviality and using the platform to promote the interaction and understanding, which are the building blocks for an integrated community,’’ Ugoh said. 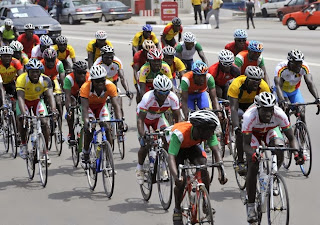 The maiden edition of the race was held in 2009 with 12 countries in attendance.

Burkina Faso, whose cyclists have vast international exposures in stage races, emerged the overall champion in both the maiden and second editions of the competition.

However, some countries like Cote d’ Ivoire, Ghana and Nigeria have vowed to challenge the domination of the Burkinabes. 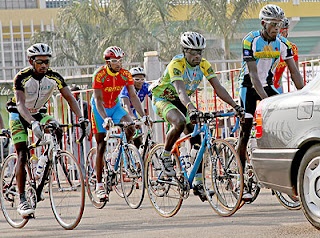 Nigeria’s Bashir Mohammed, himself a former tour cyclist, who led the country’s delegation to the event, said his riders had learnt their lessons from the first and second editions well enough to challenge that domination, adding ``We are not just going to make up the number. We are going to raise our game to ensure we improve on our previous outing.’’ 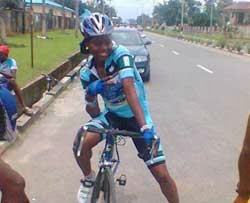 Coach Emmanuel Onasanya, the technical head of the Nigerian team to the current event, said they had their pre-event camping in Jos, which had the right altitude and rough terrain to prepare his cyclists for the event of that magnitude. 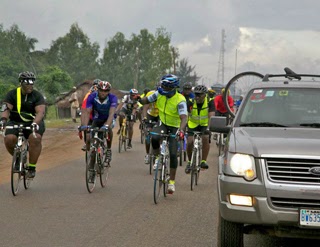